As well as doing regular TurboTax style offices for this commercial, the more fun aspect was to create traditional "split screen" looks, but rather than composite two sets together, we actually built them as split sets so that at the end of the spot the two people in seemingly separate spaces could reach across and interact with each other.  This idea was to convey how the tax pro you were either on line with or on the phone with was as good as in the room with you.
This involved building the two sets butting up against each other with key elements cut through to sell the illusion.  Desks and tables were cut through, as well as chairs, picture frames, books and other props.  Sketchup models both helped visualize the shots for sizes and framing as well as assisting in the set builds. 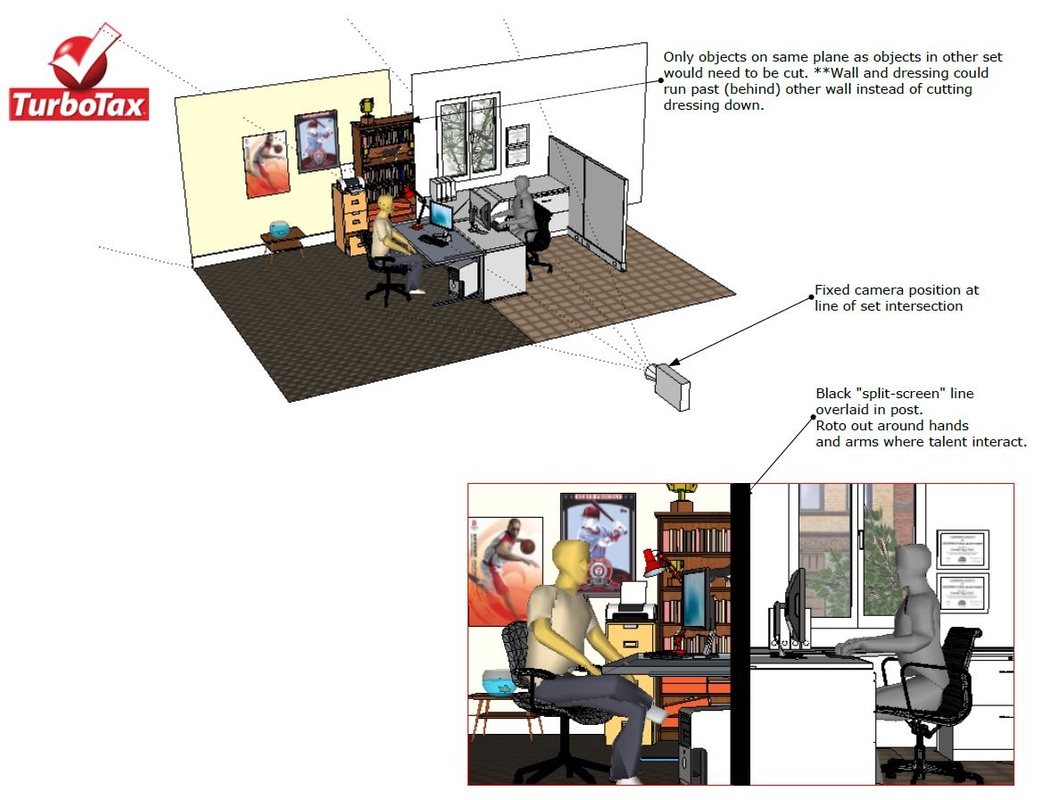 Sketchup drawing rendered in Thea to show ideas for branding on office dressing.
Below is one of many commercials literally focusing on the individual.