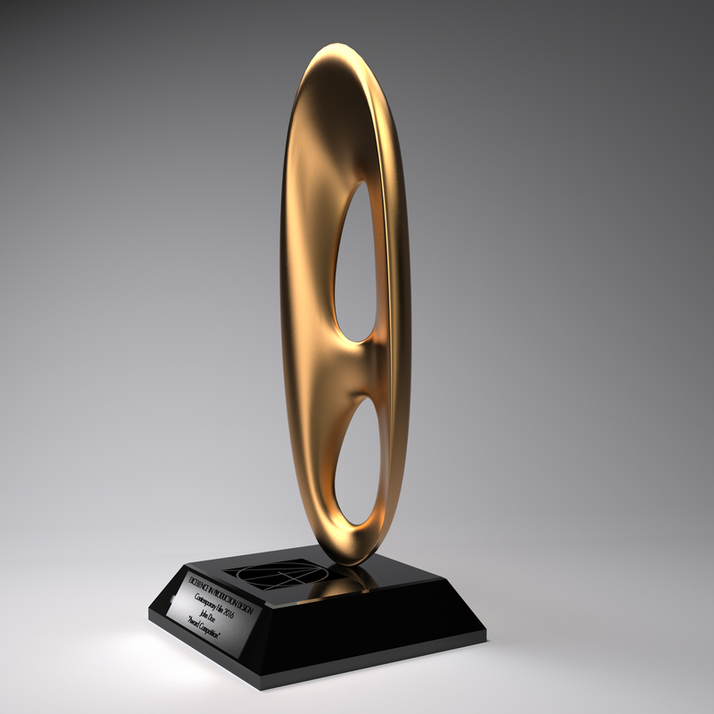 ​An award trophy idea as a sculptural piece and less traditional looking as awards go. Hopefully it will provide visual and tactile pleasure as an abstract form as well as serve as a trophy. A piece that can be at home in any decor and not feel the need to be confined to a "trophy case".
The inspiration that got to this form was loosely based on a moebus strip, representing the endless process of design. The figure of eight within this is also representative of the infinite, which in turn represents the infinite possibilities open to the design process. On a more representational level, the form also indicates the "8" and two "0's" in the ADG 800 local.
Represented here in gold, the form could also be polished nickel or silver. The base is minimal and would be of polished black stone or similar. The ADG logo on the top face works like a reflection or shadow of the form above. The lines of the logo are polished surrounded by an etched square so the the lines pick up the gold reflected in them. 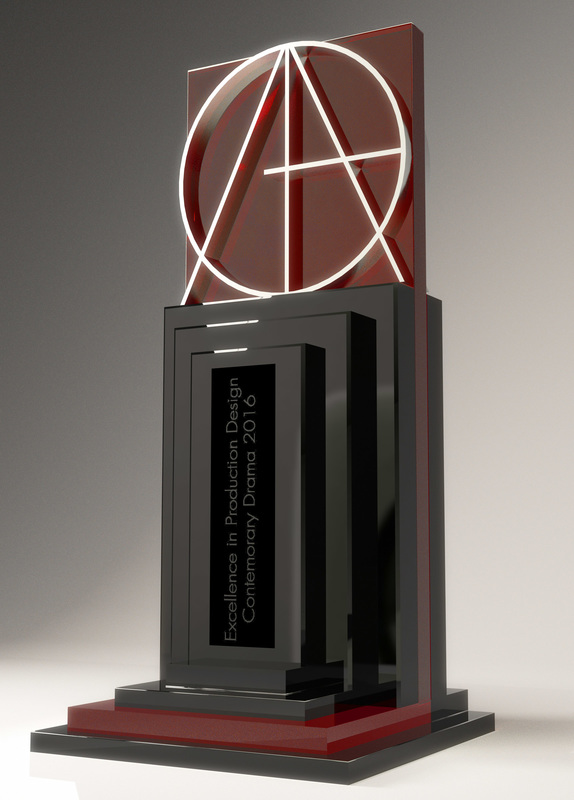 An Art Deco inspired trophy in a more traditional form. The piece champions the logo which sits clearly on the top. The silver lines of the logo sandwich a thick block of glass.