I first came to be involved with Mulan in it's pre-viz days when Tom Wilkins (supervising Art Director) asked me to step in and complete a few of the remaining presentation animations, where key set and location illustrations were to be given subtle animations and used for a studio presentation. Jason Clark who was doing this work and had set up the pipeline had a prior commitment and had to leave as the scope of the work had grown beyond the original timeline. The illustrators had made their images on layers and these had to be composited and animated in After Effects to create subtle movement.
Fast forward a year later and Tom Wilkins calls again to help him with Art Direction on the additional photography in LA.  The main film had been shot and completed in New Zealand and China and as with most films, now needed a few additional scene revisions to improve the cut. Initially this was to be a few days of shooting but which eventually grew to 2 weeks.  With a committed release date there was  a tight deadline to get this done. (in hindsight, because of the pandemic, this release date was actually delayed by 6 months).  Key set pieces and dressing had to be shipped from New Zealand to LA based on scenes that we knew to be included. As other scenes came into play, another shipment of containers had to be sent from New Zealand which barely made it in time! Thanks to the meticulous inventory by the NZ art dept, it was easy to identify all the needed parts and get them moving. The main focus was on unique set pieces and dressing, which for continuity purpose would of been hard to recreate in LA in the time we had.
As with all additional photography I've done, there is a lot of forensic work involved, trying to see clips, photos and continuity notes so that we can assemble the right parts in the right order so that it will match what had previously been shot. Even with blueprints, we can still discover that a set may not of actually been built exactly like it was drawn as last minute changes can happen on site, so studying what was actually shot and how much that was seen, will more accurately inform the work.
We were able to reproduce the camp tent interior, part of the Tolu household, the Tolu shrine, bathing pond, Bori Khan's tent, a corner of the fort, the top of the bamboo scaffolding as well as some exteriors for battle sequences. Additionally we created three new sets that weren't in the original film, which was the alleyway for part of the fight sequence at the end, a burnt out encampment and the rice paddies. The rice paddies actually started out as a location shoot where we planted several acres of rice, but which eventually became a stage set with bluescreen to afford more control.
Alleyway Set - Sketchup Model and Thea render. We built up to 16' high and the remaining height was a digital set extension.

Layout of path on section of rice paddy. 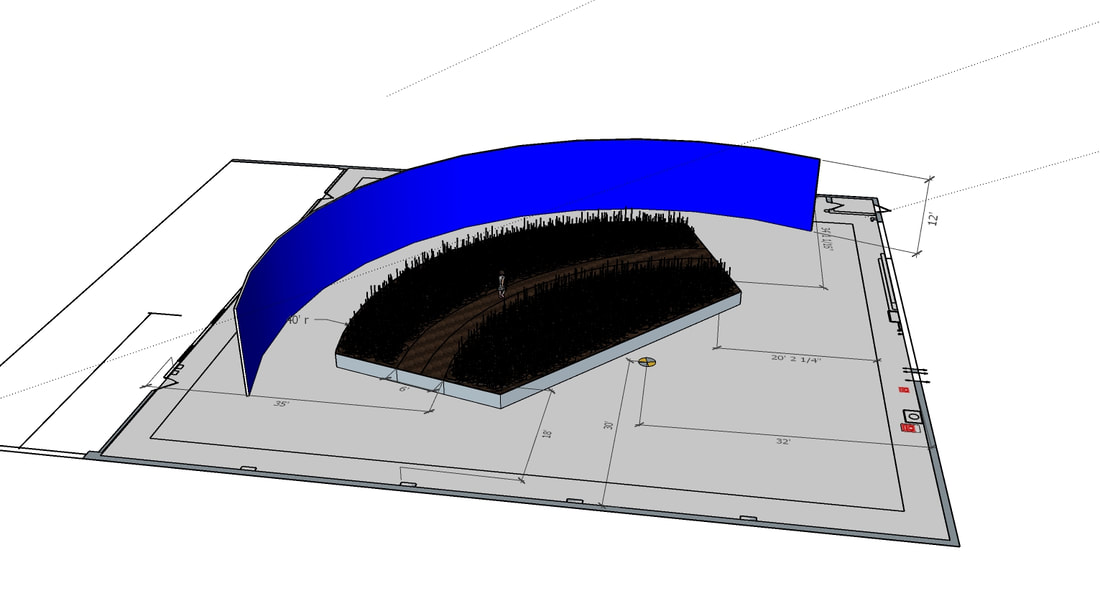 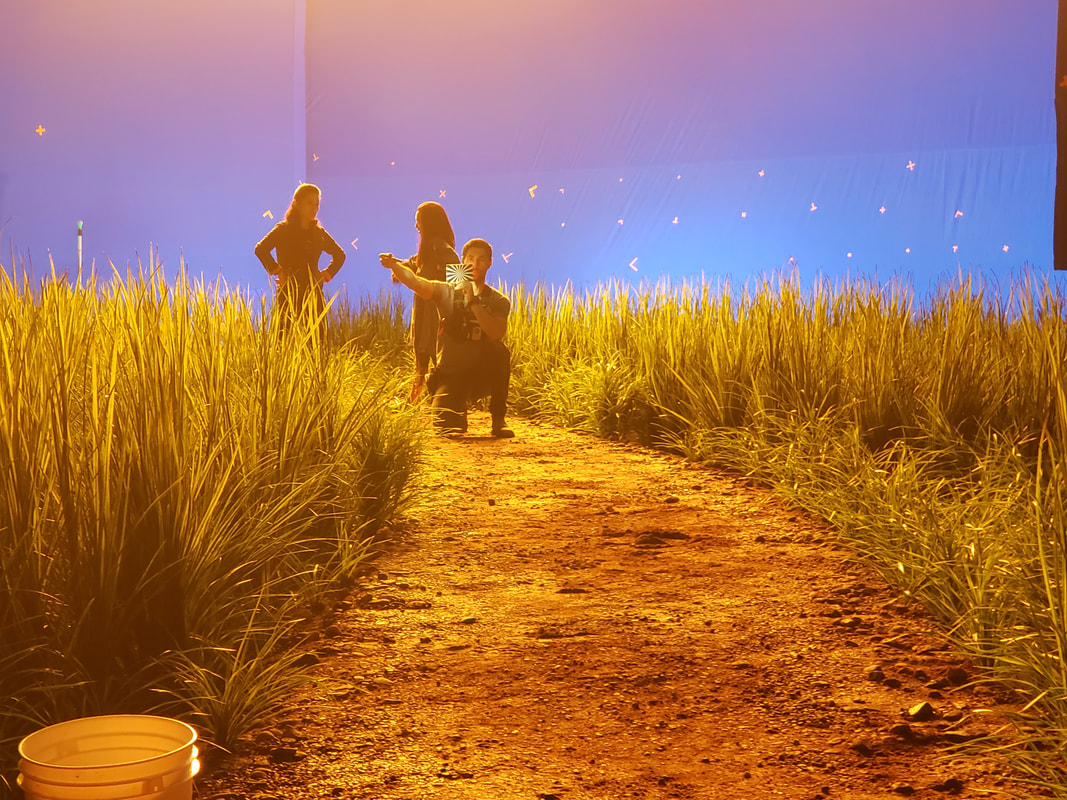 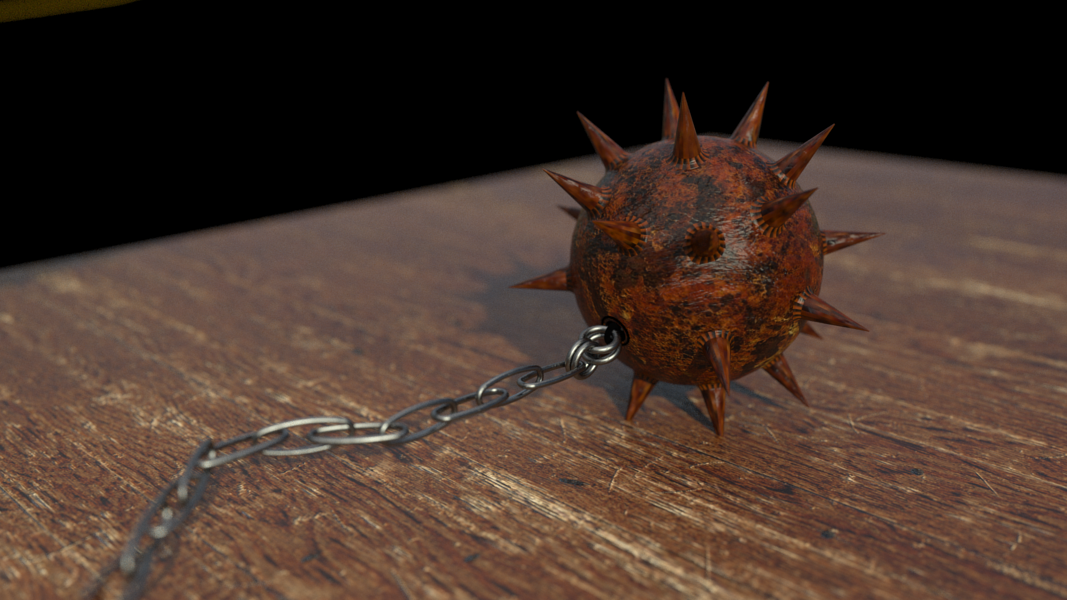 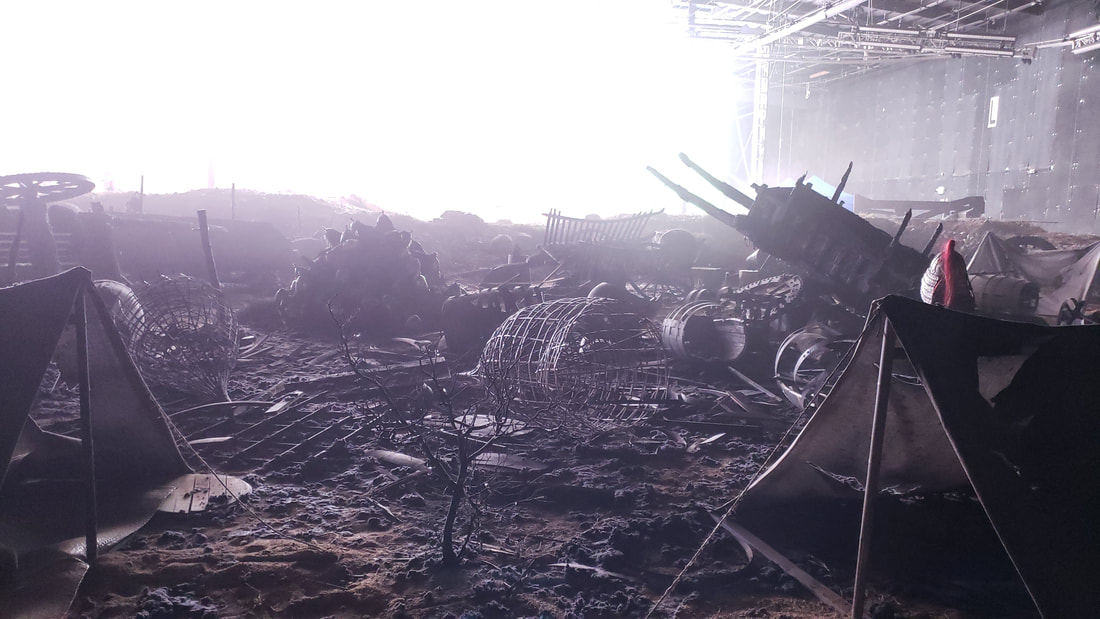 Recreation of one end of  household set. 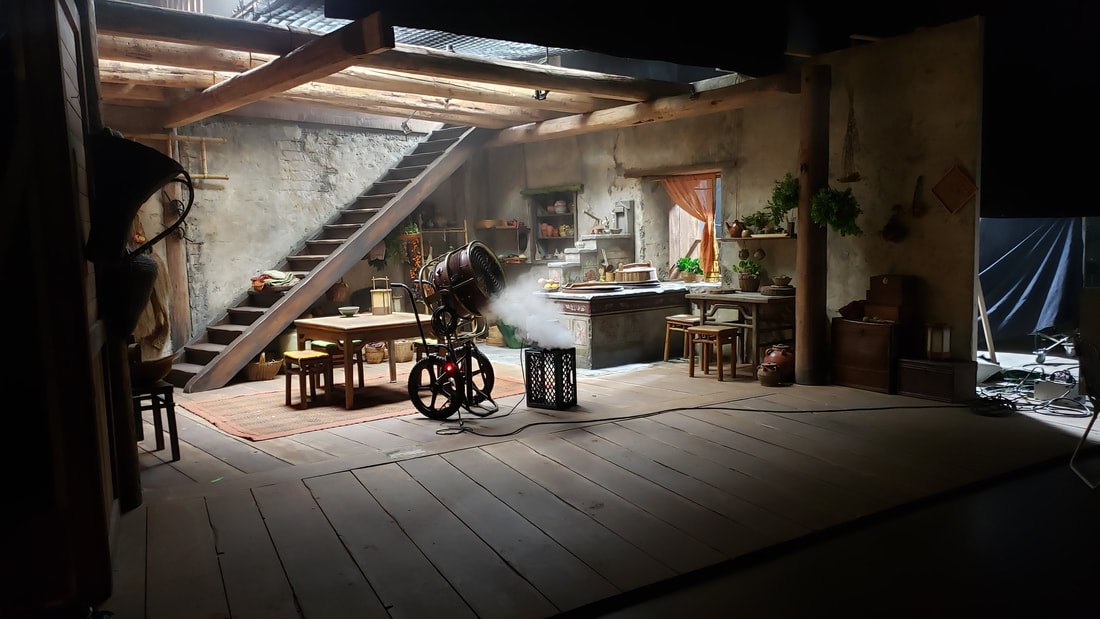 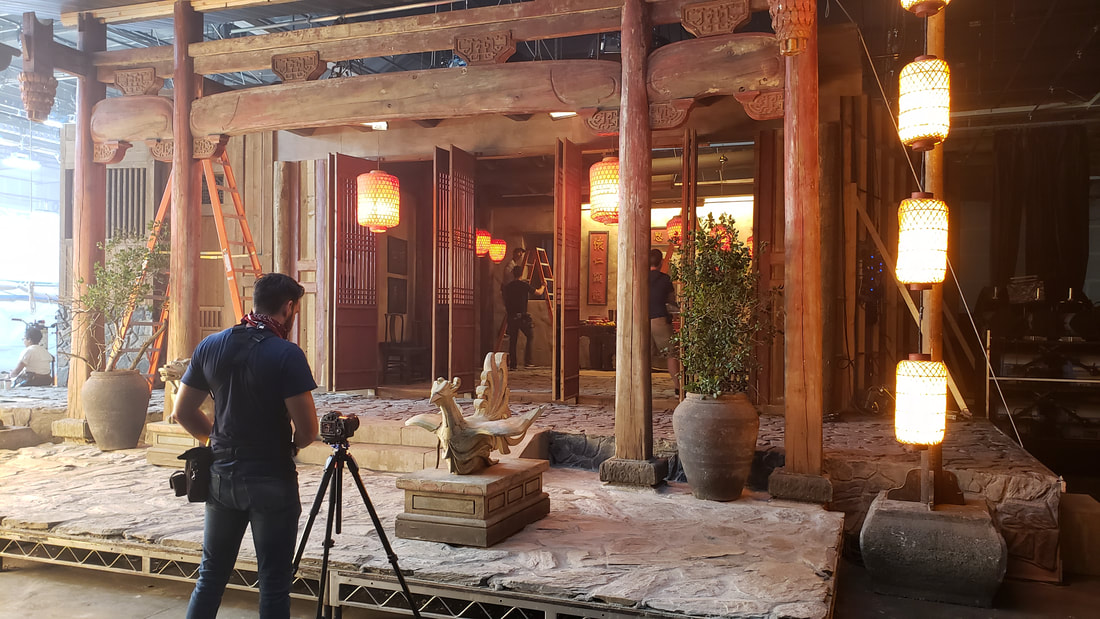