My first movie production experience was as a Production asst on Star War's "Revenge of the Jedi" which eventually became the "Return of the Jedi". I worked on this for about a year and it was the best introduction to the film business anyone could want.  I began in the production department under the wing of Patricia Carr who graciously took me on for the job after meeting my Mother at Abbey Road Studios who impressed on her that her son was looking for an intro to the film business after leaving film school. As production got under way and the team got to know of my passion for cinematography I was transferred to the camera Dept to work as a trainee.
During my time as the PA I was primarily servicing the production office with the usual tasks; one of which was paperwork distribution to the various departments on the lot at Elstree Studios. (This was long before email and even faxes, -Telex was the high tech tool of the time, most communications from the U.S.A. came through on the giant telex machine, which spat out reams of paper, I remember on one occasion  a graphic of Darth Vader coming through the telex machine from ILM, made up of various letters and symbols).
To help organize the distribution we had a number of pouches on the wall with various labels for each department.  One by one I began to illustrate these pouches with visuals to make a gallery of the wall.  Many were done with E.T. as the main character as E.T.  was current, and Steven Spielberg and the same production team were just winding down from "Raiders of the Lost Ark" to begin work on Jedi.  Below are photos I took of these illustrations which I think I drew on 4x6 sticky labels. (If it's not obvious what they are by hovering you will get a caption or select one of the photos to begin a slide show)

Believe it or not I had my own office door sign. 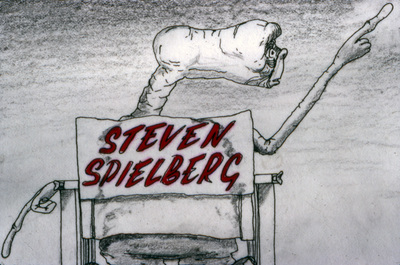 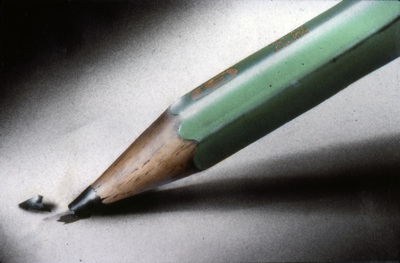 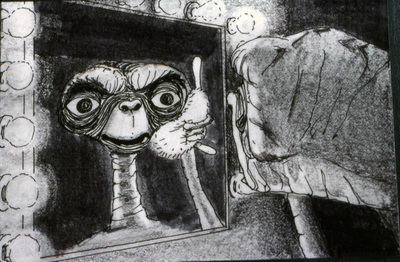 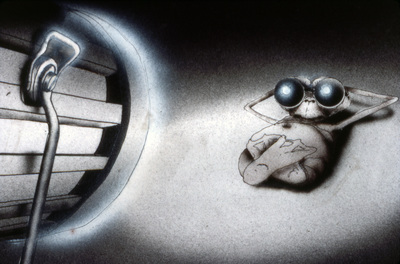 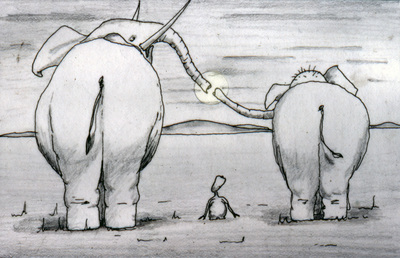 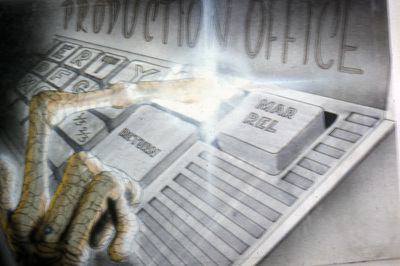 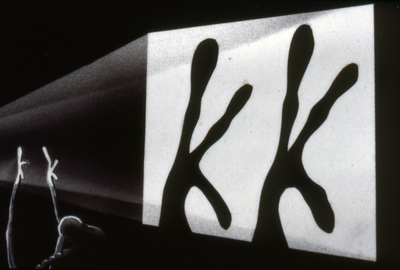 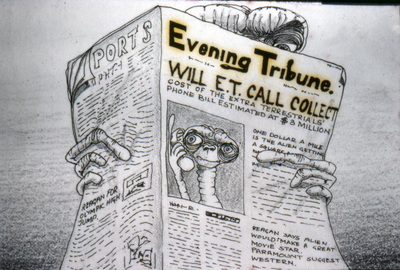 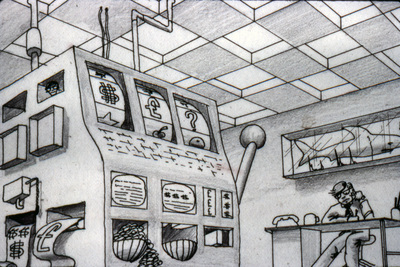 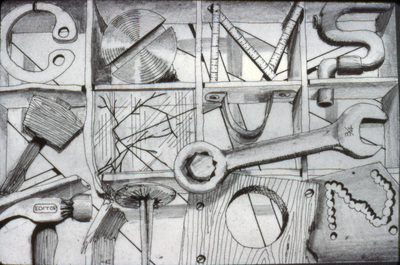 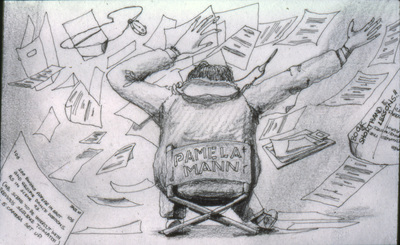 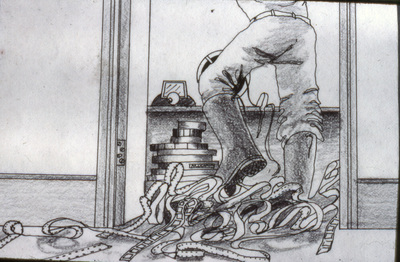 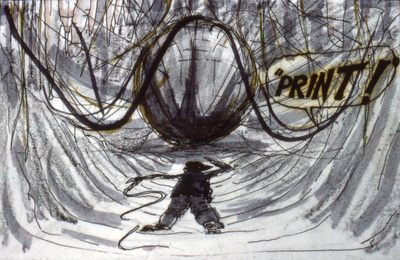 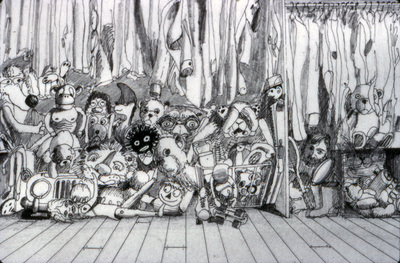 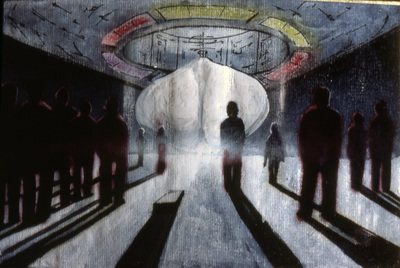 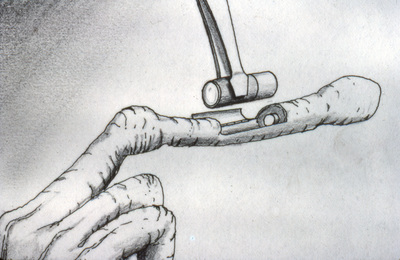 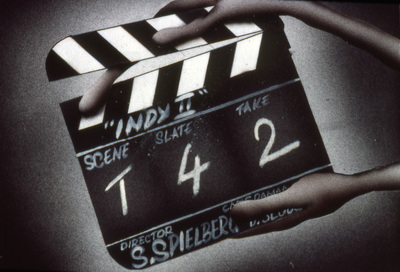 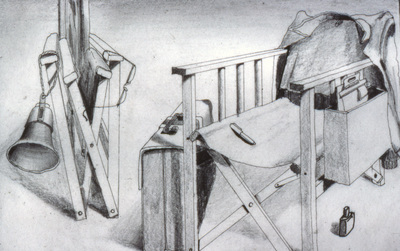 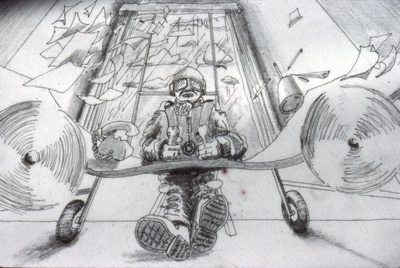 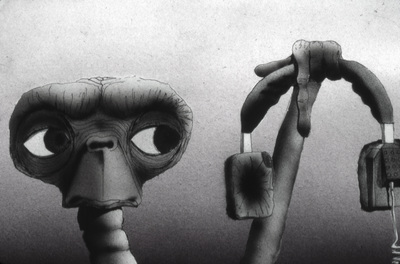 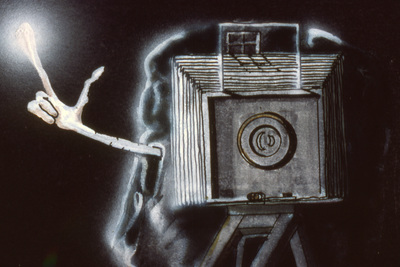 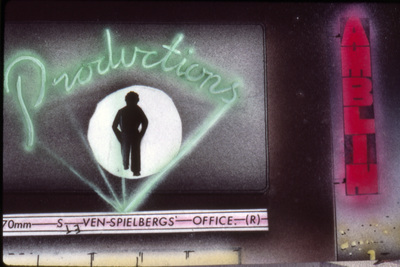 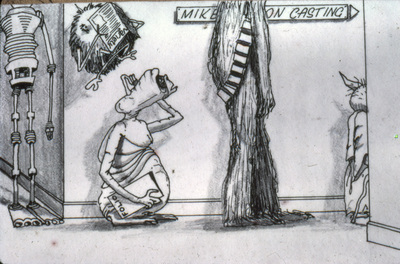 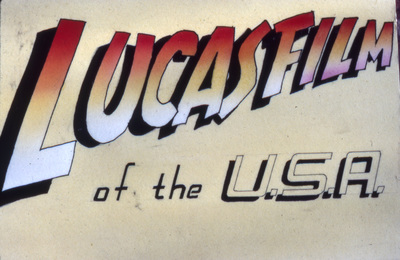 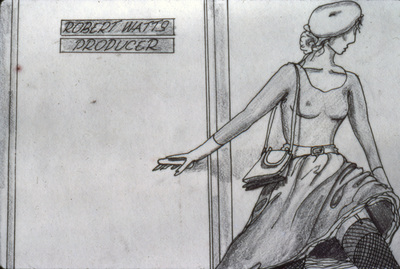 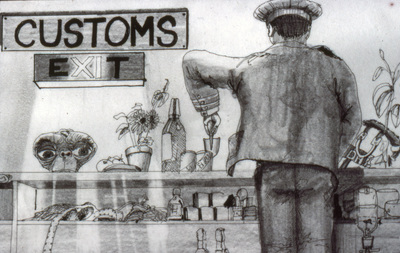 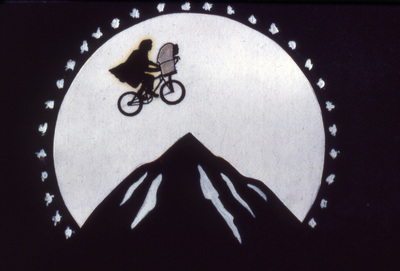