A Feature Documentary about the abuses at Abu Ghraib Prison in Iraq.
The film uses interviews of the accused soldiers ("seven bad apples" as they were known) and other related personelle, along with the photographic evidence that incriminated them, to question and investigate the elusive "truth" that is perceived to live within the photographic image.
One of the main characters of the piece is the notorious cell block 1A, which we built as a set for visualising some of the interviewee's accounts.(See Header Photo above).  Check out more info and trailer at SONY CLASSICS.

I used 3D to develop the prison block space based on many reference photos of the actual site. Unlike designing a fictitious prison where I would have the freedom to style it as desired, the challange here was to make it exactly like Abu Ghraib but without the luxury of visiting the place for measurements etc. (Although that's not a visit I would of cared to make.) It was important to get the details correct as it is a place many people are familiar with from seeing photos on the internet and news channels. The only license I used in altering the space was for economy, we only built a run of 8 cells when there were 12 in reality. Only one solitary confinement cell was made as all of the others would be behind closed solid doors. The open nature of the barred doors made it necessary to build all of those. The barred doors were made of steel for their intrinsic quality of weight and their ability to withstand agressive action, including having prisoners be tied to them. I was also able to find original Folger Adam locks to install on our hero doors. 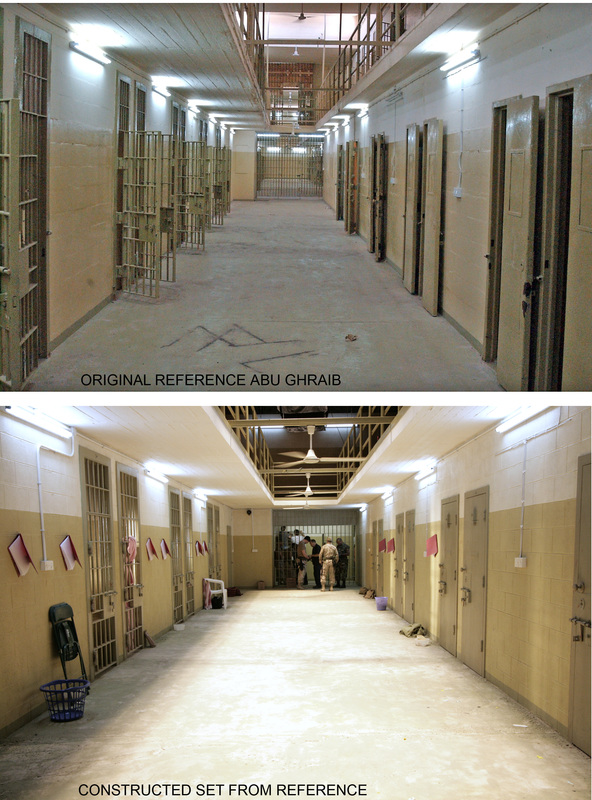 Mouse over images below for info or double click an image to enlarge and scroll through slide show. 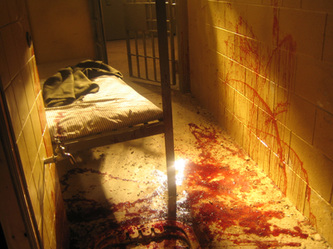 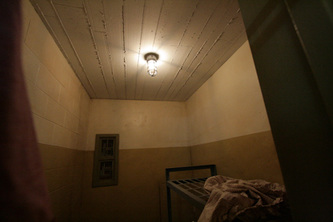 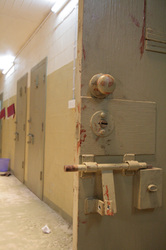 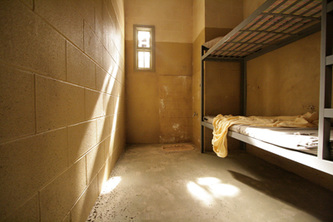 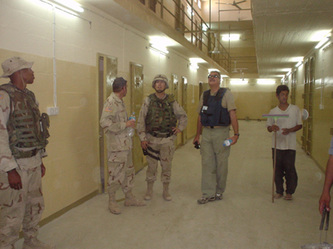 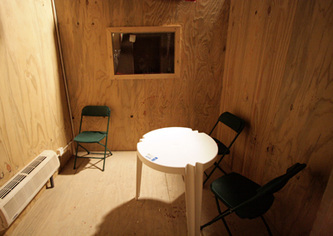 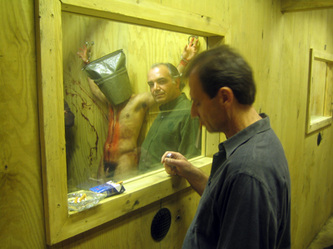 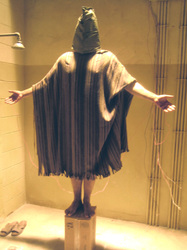 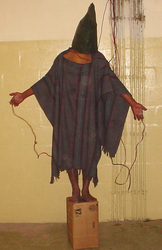 The Kitchen of the house where Sadam was eventually found, and where he cooked an egg was a set we built (right) based on the only reference we could find on the web (left). Not that this is clearly seen in the film, but it is always fun to get the details as accurate as possible.

RETURN TO TOP OF PAGE