The brief was to design a child crash test dummy for a booster seat safety commercial.
The concept was to produce a dummy that on first sight would appear ambiguously human, as the script tag was to infer "that you wouldn't treat a dummy like a child so why would treat a child like a dummy".

Three dummies of different ethnicities were produced. The body was adapted from wooden artist's manaquins and painted to give them both flesh tones and metallic joints. The heads were beautifully sculpted in a very short time at Image Animation International, and molded into the final acrylics. Positionable glass eyes were inserted to achieve subtle expressions.

Below is the original illustration for the dummy. The figure was created in Poser, with modifications to the joints made in photoshop. 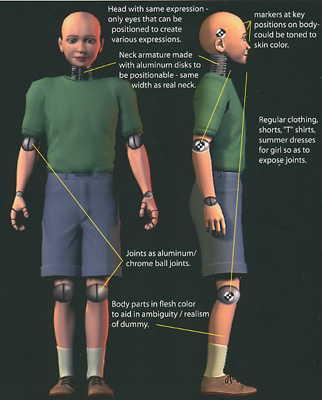 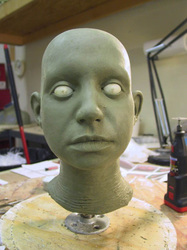 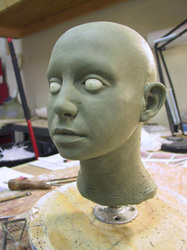 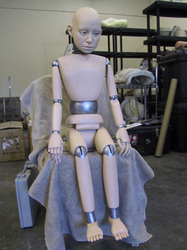 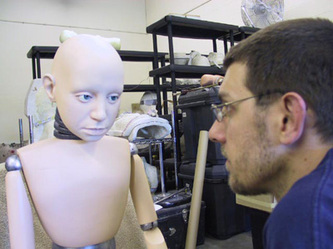 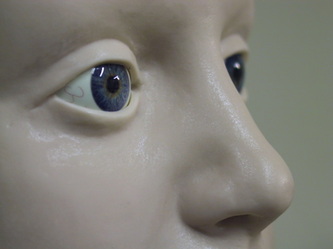 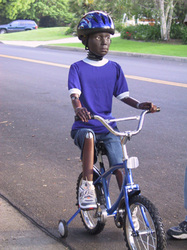 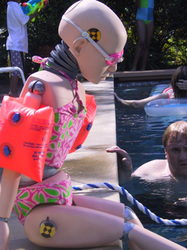 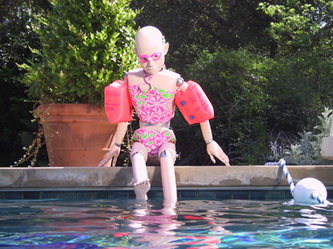 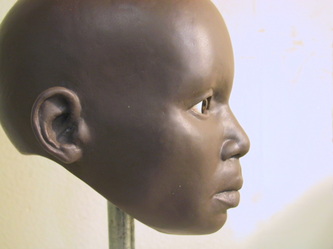