One of the main "standing" sets for the series was the "Master's Lair". The concept was an underground environment that the Vampires would occupy (no daylight) that had been formed by the ruins of a church that had been swallowed by an old earthquake. On a T. V. budget, the approach was to use economical strokes on a large canvas. To achieve this grand theatrical look most of the elements were separate pieces of built church architecture with their edges sprayed and feathered with black, so they would blend into the walls of the stage which were also made black. By tilting the pieces it conveyed a sense of obvious destruction, and an unsettling feeling. By spot lighting the elements as motivated by the candles we were able to accentuate these elements, the fall off of light to black did not expose the lack of scenery between the key elements. Entry and exit from the space was via the broken brick sewer pipes that had a hint of daylight in contrast to the candlelight. The sewer system became a common subterranean theme in getting around Sunnydale. 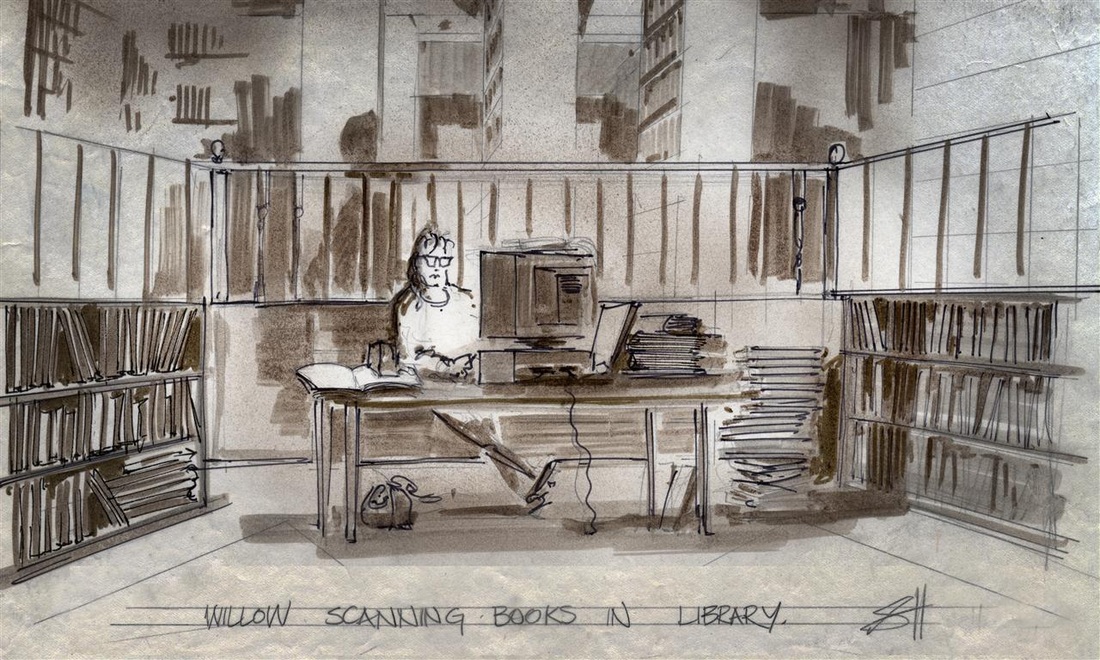