1978: Bell-bottoms, day-glo. lava lamps and rock-n-roll define a generation. What's a high school rock band from Cleveland got on their mind? Getting out and hitting the road to "Detroit Rock City". Four teens head out to pay their respects to the kings of rock, KISS. Part road trip, part coming-of-age comedy, part crazy ride through the 70's, this movie rocks and rolls all the way through.

Set in 1978 Cleveland and Detroit, the film was actually shot in Toronto (budget benefits) although the city doubled well as Detroit, particularly with its scale and the tram tracks etc. Some 2nd unit work was shot in Detroit to establish some of the historical landmarks of the town. Not the most aesthetically pleasing period in our history, and not that long ago, but still demands the peculiarities of doing any period film. A lot of 60's and 70's cars for the streets, and a lot of product research and clearances! Much of the Kiss memorabilia came from Gene Simmons personal collection, as well as e-bay, and fans.

I made these tickets early on while I had a little more time on my hands......they were after all a key item in the film? 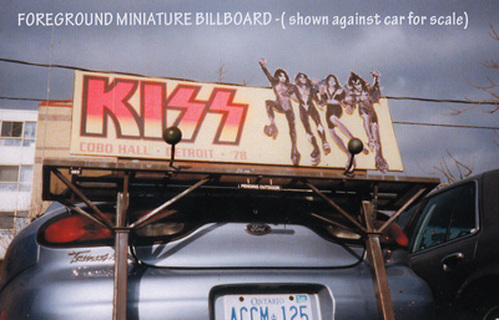 A foreground miniature billboard pictured against a car for scale. This was used at the side of the road as their car passed by and a whip pan up to this sign photographed from the right low angle, gives the illusion of it being a full size billboard. 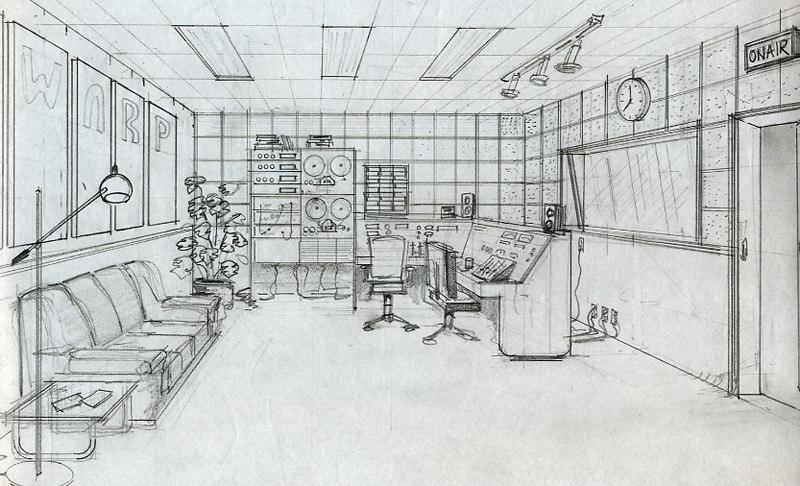 Photo of built set. Because of the period we had to build and dress as low tech studios are now defunct. Shot with Widelux camera. 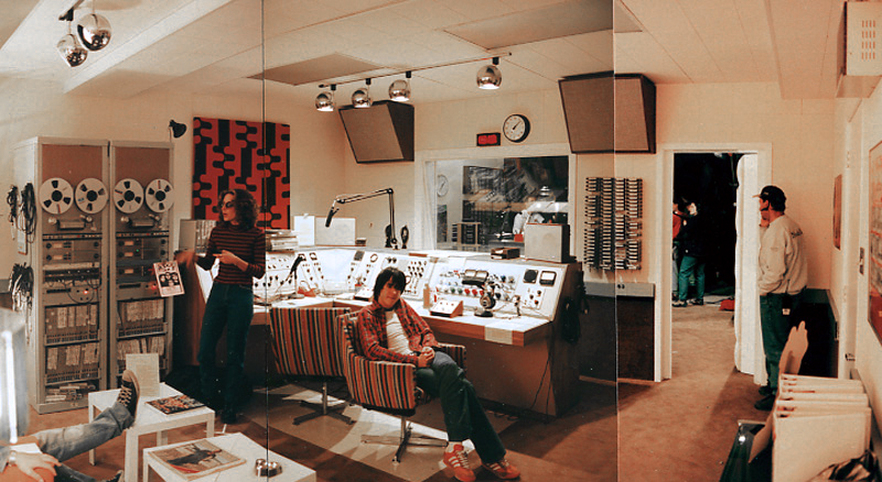 Another angle on set. The only detail we wanted but couldn't get were a certain look of acoustic tile. Unlike above Widelux shot, this is the pasting of three stills together without any photoshop blending. Kinda 1978. 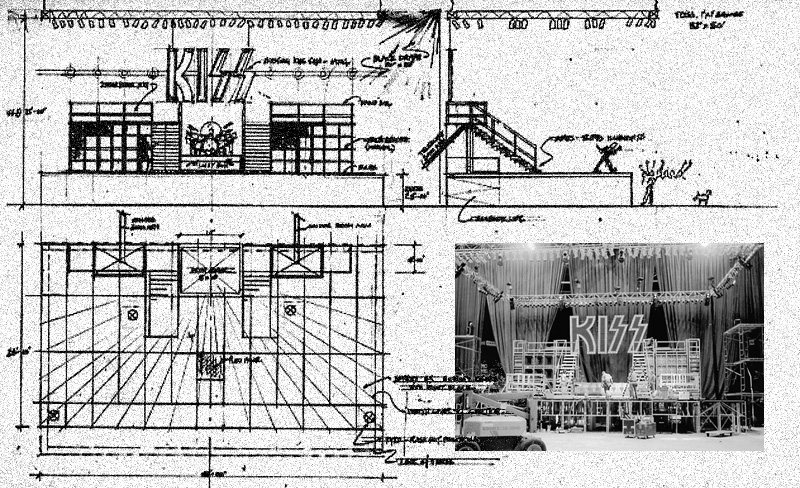 This stage and concert set was originally going to be supplied by Kiss, but circumstances in their Psycho Circus tour prevented them from being able to produce it for us. This information coming late in our production schedule, meant having to figure out, design and build it in a very short time. In addition we had to fit into their tour schedule and have the set established where they were going to be. Conveniently, we were able to prepare the set in Copps Coliseum. As this was an add-on at the end of production I had the time to take most of it on myself, from design to draughting and eventually lighting it as the "on-camera" lighting fell under set dressing responsibilities - not camera and lighting.
RETURN TO TOP OF PAGE