To promote the new tax options for lottery tickets whereby taxes paid on the ticket means no taxes have to be paid on the winnings, this campaign championed the phrases such as the "Whole Enchilada", the "Whole Shebang" etc. and we tried to visualize these for both TV and print.
Most of which was pretty straightforward with the more difficult element being the Million Dollars falling into frame at the end on a wooden pallet.
The Whole Nine Yards 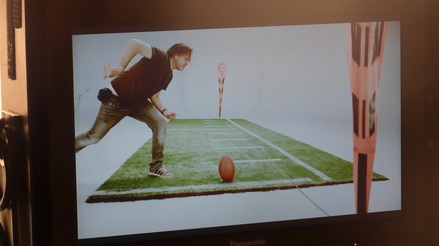 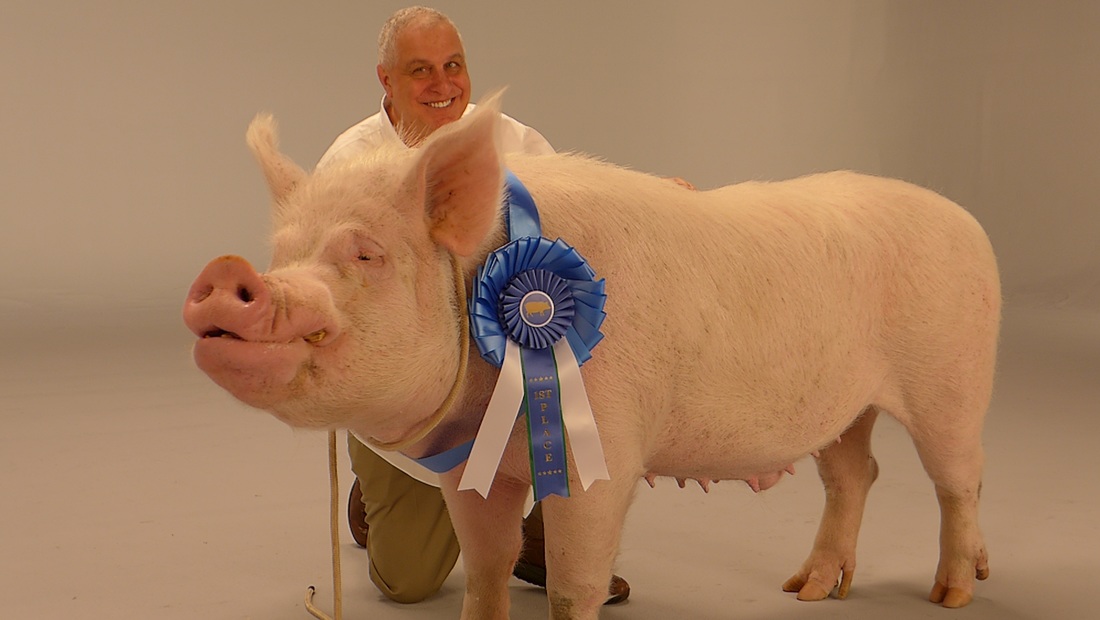 The stack of money.
I rendered a bunch of looks for the stack of money on a pallet and this is what we settled on. We had done a similar thing with H&R Block too but this one had its own challenges too.  Visually they didn't want the money to be wrapped in plastic (which would be a normal thing to do to keep all the bundles on a pallet, especially as this had to drop into frame!  So I devised a wooden cube around which 2 layers of stacked money would be stacked. All of this had to be fake money as the stacked columns had to be drilled with a hole so a cable could run through them back to turnbuckles. This allowed the stacks to remain in place and depending on the tightness of the cable we could vary the amount of "wobble" the stacks had when the pallet dropped.  Again the pallet couldn't actually drop as it was so heavy and would likely fall apart, so we had it on a controlled descent via a cable on a descender rig.  A few well placed lose bundles were introduced so that they could fall off the stack.  Each of the visible bundles of money were topped with a real $1 bill. 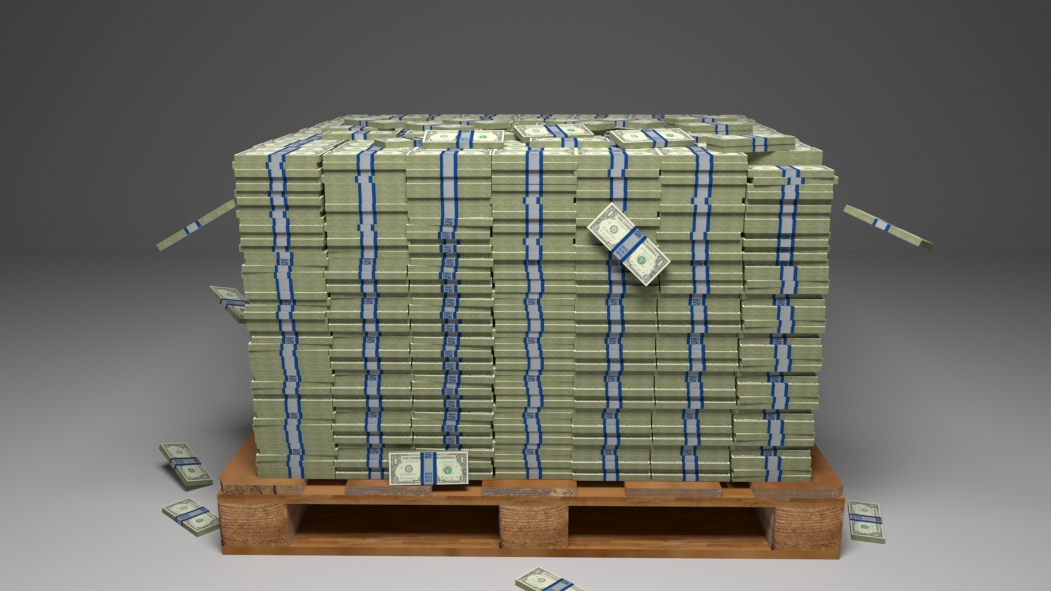 concept of stacks around a hollow core. Showing drilled stacks with allthread rods and retainers at the corners. The remaining stacks were held with cables which could be adjusted for tightness to get more or less wobble on impact. 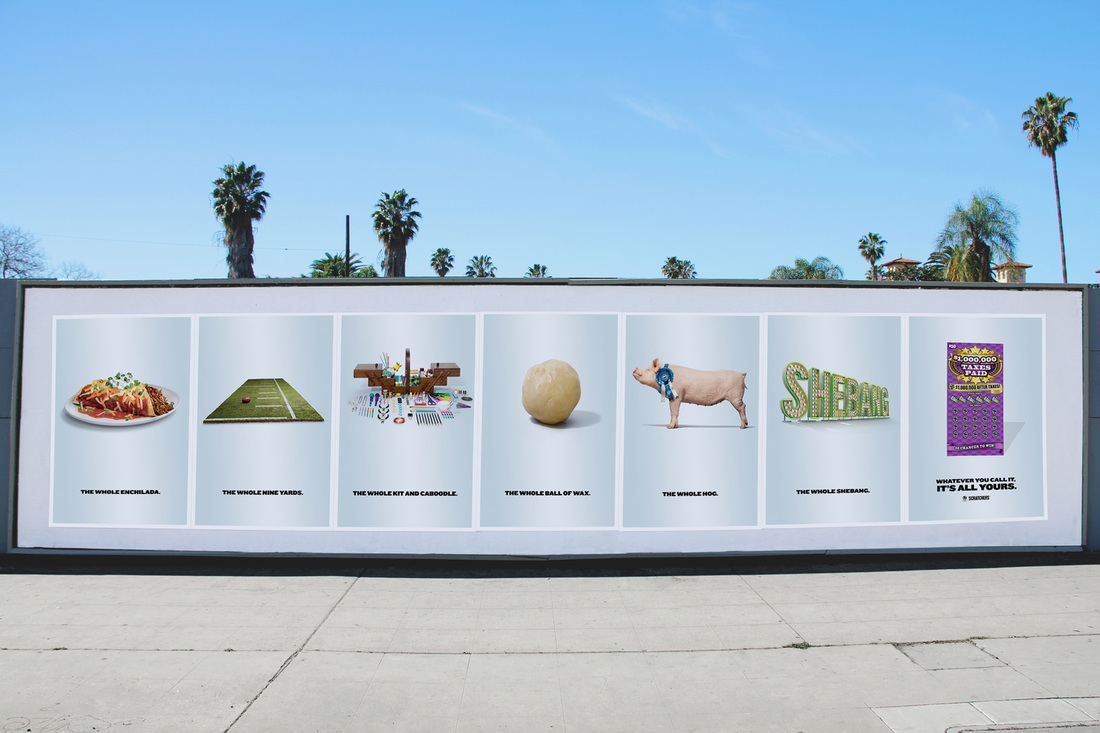 Billboard of images from still shoot.