Evolution of an inexpensive set that would represent a vehicle production line. The commercial was to be shot motion control (and in reverse) as the car is slowly dismantled (stop frame animation effect) and when run forwards would look like the car is building it self as the camera arcs around it.  With little resources to work with I created a simple animation based on the wharehouse space we were to use so I could dress only the areas the camera would see and make what was in there count. 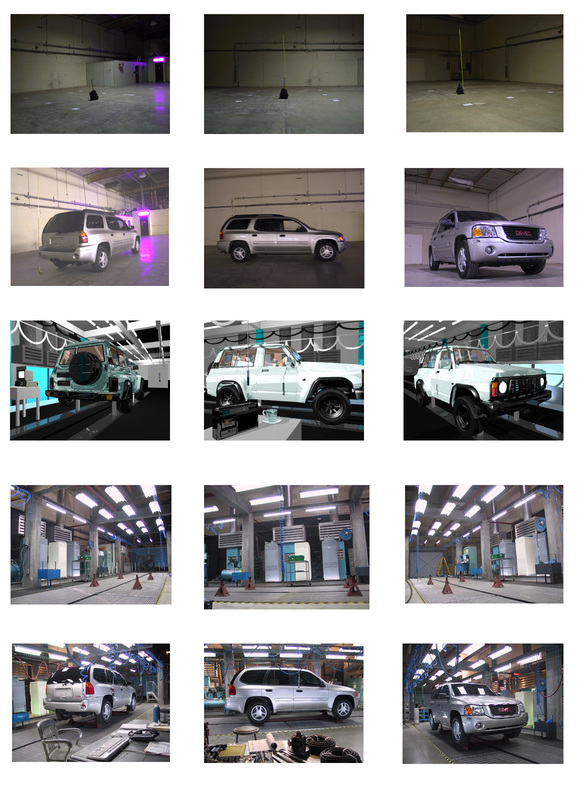